Activities to Do In UAE: Jebel Hafeet

UAE is quickly becoming one of the top international travel destinations in the Middle East. There are many astounding tourist places in the United Arab Emirates, and Jebel Hafeet is undoubtedly one of them.
Jebel Hafeet is the third highest peak in Abu Dhabi. It has some of the most stunning roads in the country. This mountain rises 1200 meters (4000 ft) to its summit.

Here is a detailed guide about things to do near Jebel Hafeet. A mountain in the territory of Tawam, on the border of the United Arab Emirates and Oman, known as Jabal Hafeet is regarded as an outlier of the Al Hajar Mountains.
Oman is home to a sizable chunk of the Hajar mountain range. The enormous differences in climate between Oman and the UAE are caused by this mountain range.
The mountain could be regarded as a component of the Hajar range in the strictest sense because of its proximity to the main Hajar range. The Omani town of Al-Buraimi is close by, as is the UAE city of Al Ain, which is in the Eastern Region of the Emirate of Abu Dhabi.

The Hafit Period (3200 to 2600 BCE) in UAE history was named after this mountain, which is the only peak in the Emirate of Abu Dhabi and one of the tallest mountains in the nation, as a result of the discovery of a number of significant Bronze Age beehive tombs at its slopes.
The mountain was added to the Sheikh Zayed Network of Protected Areas in 2018 and is recognized as a part of a national park as of 2017.

Here, the climate is consistently much cooler than elsewhere in the nation. Jebel Hafeet will remain below forty degrees even throughout the summer, when parts of Dubai will be scorching above forty. While not pleasant, the temperature is considerably lower than in other areas of the UAE.
The finest season to take in Jebel Jafeet's splendor is winter. Low temperatures are experienced during the winter. Additionally, the weather might occasionally be hazy. Jebel Hafeet is home to a huge number of tombs, which stand tall in its rocky landscape. You'll be shocked to learn that there are over 500 tombs in the foothills of Jebel Hafeet that date back 5000 years, indicating the start of the country's Bronze Age.
When Danish researchers first investigated the location in 1959, they discovered copper and ceramic objects in these tombs.
People now travel from all over the world to see these single-chambered tombs after the discovery that rocked the world. Even though they are made of rough-cut stones, the Jebel Hafeet archaeology they represent is still very clear. 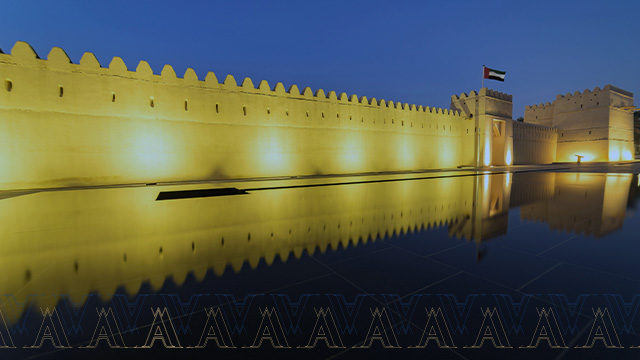 A historic fort in Al Ain is called Qasr Al Muwaiji. Qasr Al Muwaiji, a stunning location for vacation photography, is a prime illustration of the region's predominately mud-brick construction style.
It has a wide entrance, watchtowers in the corners, and a square enclosure. The Qasr Al Muwaiji fort is particularly well known for its connection to the UAE's royal family. The UAE's founder, Sheikh Khalifa, was born here.

- Take A Drive Around the Highway Many people make the trip to these mountains in order to climb them to the summit and take in the view. Try it out anyhow; even if you don't have the desire, you'll adore it.
Drive or, if you want to combine health and enjoyment, ride a bicycle to get across the mountain via a twisting highway. The motorway, one of the best for driving in the world, will allow you to take in the breathtaking vistas of Al Ain.
The Jebel Hafeet Park offers visitors three camping options for a memorable getaway that appeals to visitors with different tastes:
- Basic camping, for which you must bring your own equipment (you can find affordable camping gear at several Al Ain and Abu Dhabi city stores)
- Fully serviced camping, including breakfast
- Furnished, five-star bubble glamping tents with air conditioning.

- Old and Grand Al Jahili Fort
One of Al Ain's most stunning forts is Al Jahili Fort. Al Jahili Fort, one of the biggest and oldest in the UAE, was built in 1890 out of mud brick, straw, and palm tree fibers.
The fort was built under Sheikh Zayed bin Khalifa Al Nahyan's orders as their summer residence in the United Arab Emirates. The Al Jahili fort was opened to visitors in 2008 following repair by the Abu Dhabi authorities. This part of Al Ain did not undergo modernization. Therefore, much of it was preserved in the modern era. Al Ain oasis is a date palm plantation fenced using baked clay walls.
You can see the traditional irrigation system Falaj still being used here. The Falaj system has been used in this land for over 3000 years.
In the UAE, Jebel Ali is immediately close to the greenest area. A stunning geographical feature can be found in the Al Ain oasis. Tall, dry, rugged mountains surround the farmlands and rich green greenery. It is the country's first UNESCO World Heritage Site. The Al Ain oasis differs from other heritage sites in Abu Dhabi and Dubai in that it is not a contemporary building that imitates the original architecture.
In addition to the numerous oases that support the palm trees and water farms of Al Ain, they also produce their own bottled water, Al Ain Water, which has emerged as the top bottled water brand in the United Arab Emirates.
If you ever visit Al Ain and travel with Emirates Airlines or one of the Hilton Hotels in the UAE, be sure to sample the water. Here is the solution to your question of where all the artifacts discovered close to the beehive tombs are housed. The history of Al Ain from the bronze era to the 20th century is chronicled by the Al Ain Museum. 7500 years is an amazing amount of history.
Sheikh Zayed established this one as well in 1969. The museum ran inside the Eastern fort until it moved to the purpose-built building in 1971.

Where Can I Hike Al Ain?

The nine-kilometer-long Jebel Hafeet Desert Park is located at the foot of Jebel Hafit and is great for families.
You can go on hikes, mountain bike rides, horseback rides, or camel rides in this gorgeous natural setting, where you'll also find amazing archaeological and historical relics that provide fascinating details about the old occupancy of this special region. On top of Jabel Hafeet is where you'll find this opulent resort hotel. Not the highest point, but a little above 900 meters.
This one stands out since it is the only hotel perched atop Jebel Hafeet. The valley of it is where you will find all the others.

Apartments to Rent Near Jebel Hafeet

If you are looking to rent a property near Jabel Hafeet, Al Majid Property has some best-suited options for you. Contact us today for property management and rental services in our designated areas.

Get assistance from our helpful guides If you are planning on visiting Burj Khalifa or Desert Safari Dubai.